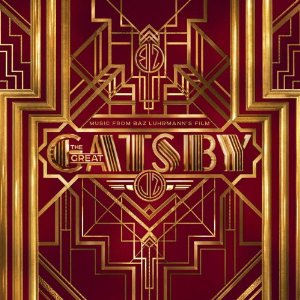 Baz Luhrmann’s big-screen adaptation of The Great Gatsby, which is in theatres next Friday, appears to be one of the year’s biggest movies already, but the star-studded soundtrack is proving to be just as epic. Not only did rapper Jay-Z contribute the track “100$ Bill” to the compilation, he also served as both the album and film’s executive producer. Of the 14 tracks, there is brand new music featured from Florence Welch (of Florence + the Machine), Sia, the xx, Fergie and Lana Del Rey, whose sweeping ballad, “Young & Beautiful, was released as the lead single last week on iTunes. There are also a few covers as well, including an already controversial rendition of Amy Winehouse’s “Back To Black”, performed by Beyonce and Andre 3000 (of Outkast). British act, Emeli Sande took on the 2003 hit, “Crazy In Love” and injected it with a large dose of smooth jazz. Thanks to NPR, we can all have an early listen to the soundtrack HERE! The entire album will be available for purchase May 7th, and be sure when to go watch the movie on the 10th!

Latest posts by Beyond The Stage (see all)

Beyond The Stage Magazine is a digital music publication based out of the United States. With more than 25 issues, the publication has covered artists like Noah Cyrus, Logan Henderson and more.

0 0 0 0
Previous ArticleNEWS: Marina and the Diamonds & Charli XCX Team Up For Duet
Next ArticleNEWS: Justin Timberlake Reveals Release Date For The 20/20 Experience "2 of 2"